Ambition is celebrating our 20th year of Ambition, to help build better futures throughout 2019 we are donating time and funds to 20 charities as part of our 20for20 charity initiative. As part of this initiative, two of our employees (Cat & Gemma) have undertaken the ration challenge to help raise funds to support refugees.

Firstly, what is the ration challenge, you ask? The ration challenge asks participants to live off the same as a Syrian refugee, eating and drinking the same food based on food packs distributed by Act for Peace for 7days. The ration pack includes rice, kidney beans, lentils, flour, tinned sardines, and some vegetable oil. The money raised by taking on the Act for Peace Ration Challenge helps support Syrian refugees living in camps in Jordan, having fled eight years of conflict and violence in their own country. As well as funds to help tackle injustice around the world through Act for Peace’s emergency response, long-term development, and advocacy programs. Over 11 million Syrian people – nearly half the country’s population – have been displaced because of war and often there are simply not enough packs to go around. We're proud we can assist and so far have raised over $2,700 to go towards helping to build better futures for the millions of people who have been displaced. Below Cat & Gemma tell their journey throughout the challenge and their takings from this experience.

From the very start, I think we were naive as to how little food was in the pack, I had seen the photos, I had done the maths and worked out how many kgs of food I would have for a week, but it wasn't until the pack arrive at my home and I opened the small box that the bleak reality kick in, When food shopping I have definitely made the mistake, especially as a student, carrying out my weekly food shop, and you suddenly realise at the checkout you've picked up enough food to feed a family of four and now you're in for an unintended workout trying to get your stash of food home; carrying the 3.4kgs the ration pack weighs back from the post office was so easy compared to weekly food shops I had done in the past.

Starting the challenge I was happy to eat rice, I was convinced it would be doable, not satisfying, or tasty, but it was only a week, and it was manageable. I mean refugees have been living off this for years and, while tough, I still believed we could do it. It would just be managing our cravings and differentiating between wants and needs.

For the first few days, the rice was good. I was surprised by how much rice I could eat at each meal. I wasn't hungry and I was still feeling pretty good. I could add my kidney beans to the rice and they were magnificent little pops of flavour. I could use the oil from the sardines to help add flavour, or fry the rice for variety. I made flatbreads with just flour and water and fried these each night. Who knew that flatbreads would be the most delicious thing I ate all week. After about day 3, I felt the "rice" brain start to kick in. It was hard to concentrate, to focus, I found myself doing silly things. I still wasn't hungry, not really craving a lot of food either, but definitely missing flavour. After day 3 I had made my rice every way I could. I'd gone back to eating just plain boiled rice to shake things up.

Days 4&5 things just got worse, functioning felt tough, I still had plenty of food, I wasn't hungry. Eating pretty much a solid diet of rice, with only a tin of sardines, kidney beans, chickpeas and lentils as your source of protein with no dairy or fruit and veg was taking its toll on me. The nutrients that I am lucky enough to have readily available in my normal life, the ability to replenish myself with these important vitamins to keep me functioning, well they were nowhere to be seen and I was definitely feeling it. I was a bit achy in my body, my stomach hurt pretty regularly and the headaches just kept coming back. The thought of kidney beans made me want to vomit, the sardines instead of adding flavour started to ruin everything. Flatbreads were still great and they were seeing me through, but with only 400g of flour, there was a limited supply. I managed to save my chickpeas for my dinner for day 5. I was excited, it was a big change from rice. Nothing seemed to have any flavour any more. Everything was either deep fried and greasy or rice.

Day 6 & 7 were horrible, I actually took to avoiding food, because slight hunger was better than feeling sick, or the stomach pain. My mood was low, and getting through the last day was so tough.

Throughout the week it was definitely a bit of a rollercoaster. The food provided in the ration boxes are fuel, they will keep you alive. You can absolutely survive off the rations, it does however take a toll on your body and comes at a cost. This challenge was tough, and I was lucky enough to have a safe home to rest in, fresh drinking water available at all times, warm clothes and comfort in the fact this challenge only lasts seven days. For refugees, this isn't the case. I'm thrilled that we and Ambition have been able to raise over $2,700 to help make things a little more bearable for people having already been through so much.

I think it's important to remember we are lucky, we are privileged and we can help. Because of all the kind donations, we have raised enough money to feed 9 people for a whole year, and that makes every part of the experience so worthwhile.

Find out more about Act for Peace and the great work they do, or more about the ration challenge.

Donations are still being taken until August, so if you would like to make a contribution, please click here. 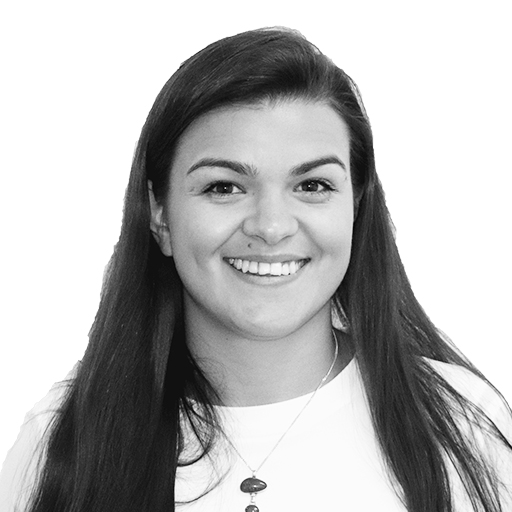